… goes a thin sheet of frozen cream, breaking lusciously between my teeth. I was afraid that I had eaten all of them, but like a tired fisherman, my tongue jolts with the satisfaction of a fresh catch. Yessss, I caught one! I’m greeted by the subtle yet distinct flavors of saffron with a whiff of rose and —, because no story would be complete without its antagonist —, pistachio.

This is Persian ice cream, straight from Bazarche Hafez, the Iranian store next door to my current home in Alt-Moabit. Much like all other Persian food, there’s no stopping to eat it until it runs out. I moved back to Iran after a four-year-journey in Irvine, California during my childhood, along with an exhausted and distressed single mom that had awaited her greencard impatiently, only to book the first flight back to the home town she had wished so desperately to escape. I had just settled and started to feel at home in this no-longer-so-foreign land, when it was time to leave everything behind… again.

I didn’t speak English as a six year old entering the first grade, and spent many

hours in private tutoring at school to learn the nuances of English pronunciation. Like the difference between a short ‘i,’ as in sit, and the long ‘i,’ as in seat and, ‘e,’ as in set. Now I had to learn everything all over again, in the language that I had to learn to unlearn from my tongue in order to learn this one. My Farsi wasn’t too bad; at least I still remembered how to speak it. I wish I had a better reason for speaking Farsi with my mom than the fact that her accent in English made me feel uneasy — or just,  embarrassed. To her, everything was a long ‘i,’ as in Seet over der. Her tongue was not assimilated. Or maybe my ears were trained to be extra-sensitive.

Going back to Tehran was like waking up in a dream. There was a deep feeling of recognition, but the only real memories I had were of the smell of cherry tomatoes in our garden, my cousins that were always excluding me from play time because their six- year- old asses were too grown-up for my four-year- old one, and the sadness I felt at the idea of my father. I packed them all in my suitcase as we left for the airport.

The first meal we had at home was polo morgh: white rice with boiled chicken. The

meat was juicy, seasoned with very mellow spices. The dish is very easy to make: put chicken in a pot of water, add salt and pepper, turmeric, saffron, onions and garlic, and then let the chicken boil until it’s nearly falling apart. It was a meal I’ll never forget. It felt like all other food I had eaten before was fake. The chicken actually tasted like something. The rice, the yogurt, the simplicity. It was amazing.

Tehran was a strange place to me. I never felt like I fully belonged to Tehrani culture: I was always the strange one, somehow — this time not for being Iranian, but for not being Iranian enough. I was too blunt, too simple, too open and honest. I didn’t know how to behave in accord with tarof (a form of Iranian etiquette); I didn’t know that I shouldn’t talk about relationships or anything slightly romantic, let alone sexual. I wasn’t familiar with all these stupid rules, or the amount of repression and censorship that one needed to put up with to survive in the country, especially as a girl. The only thing that made me feel a sense of belonging was the food. There wasn’t much to do in the city besides eat. Iranians really do love food, but food had a particularly special place in my family, even when compared to the average Irooni household. 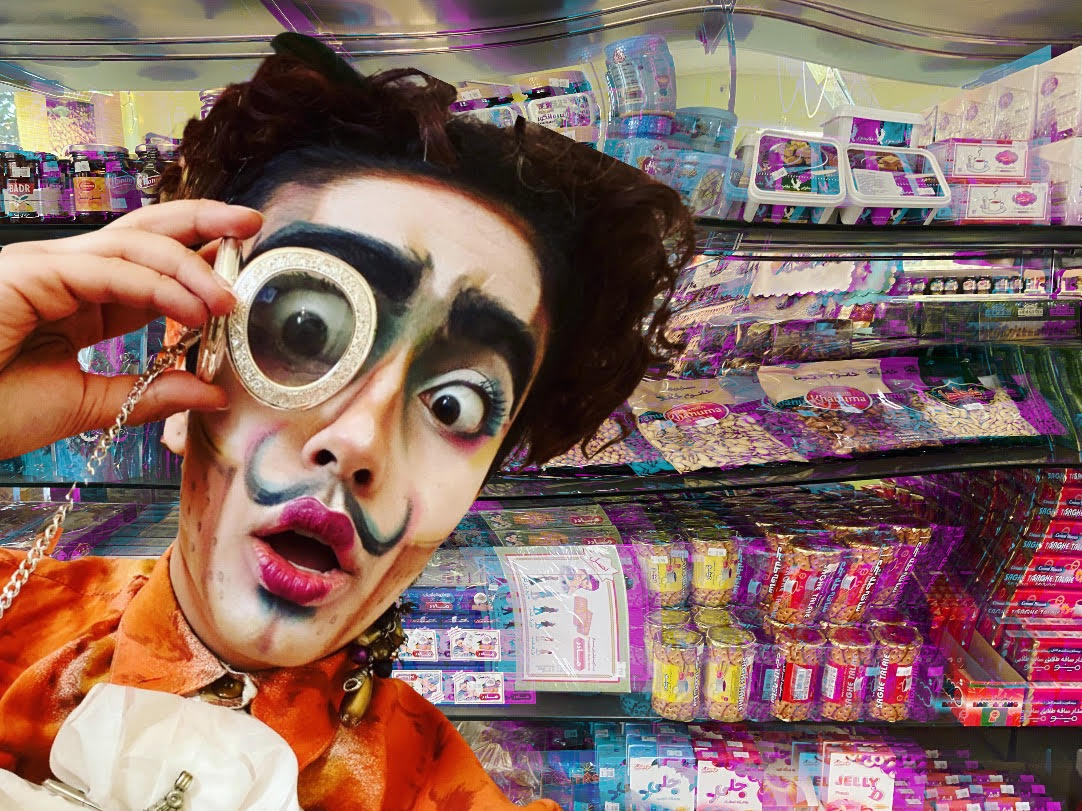 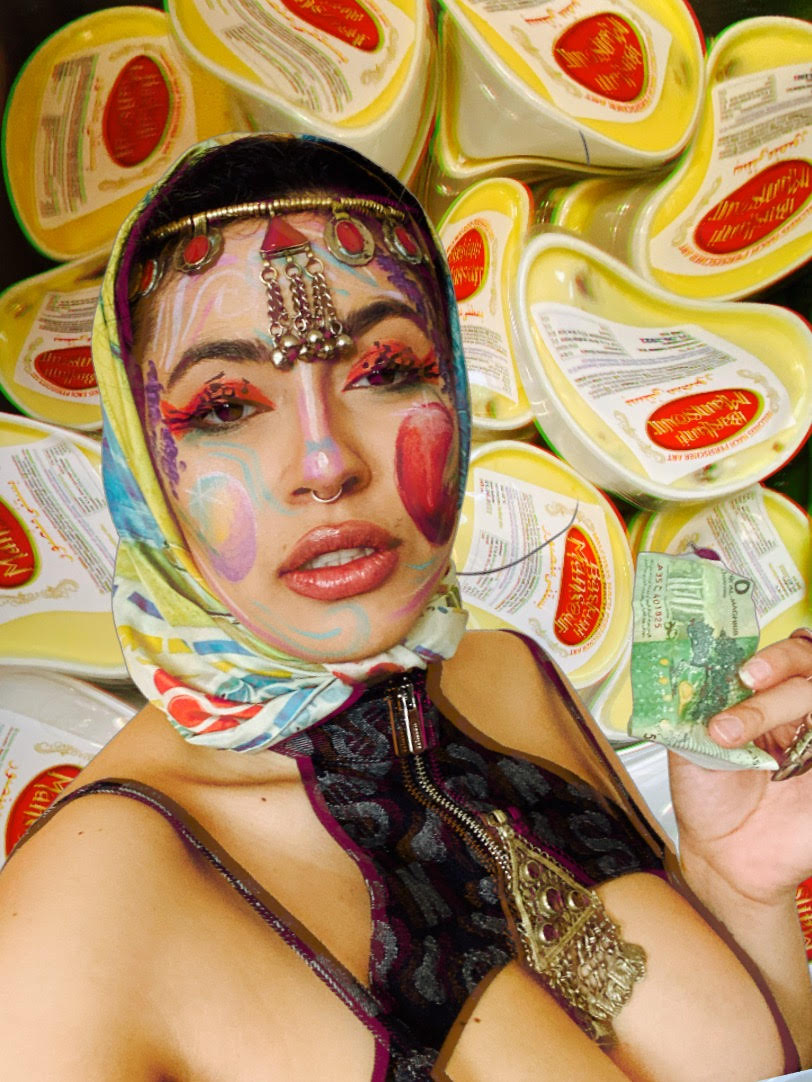 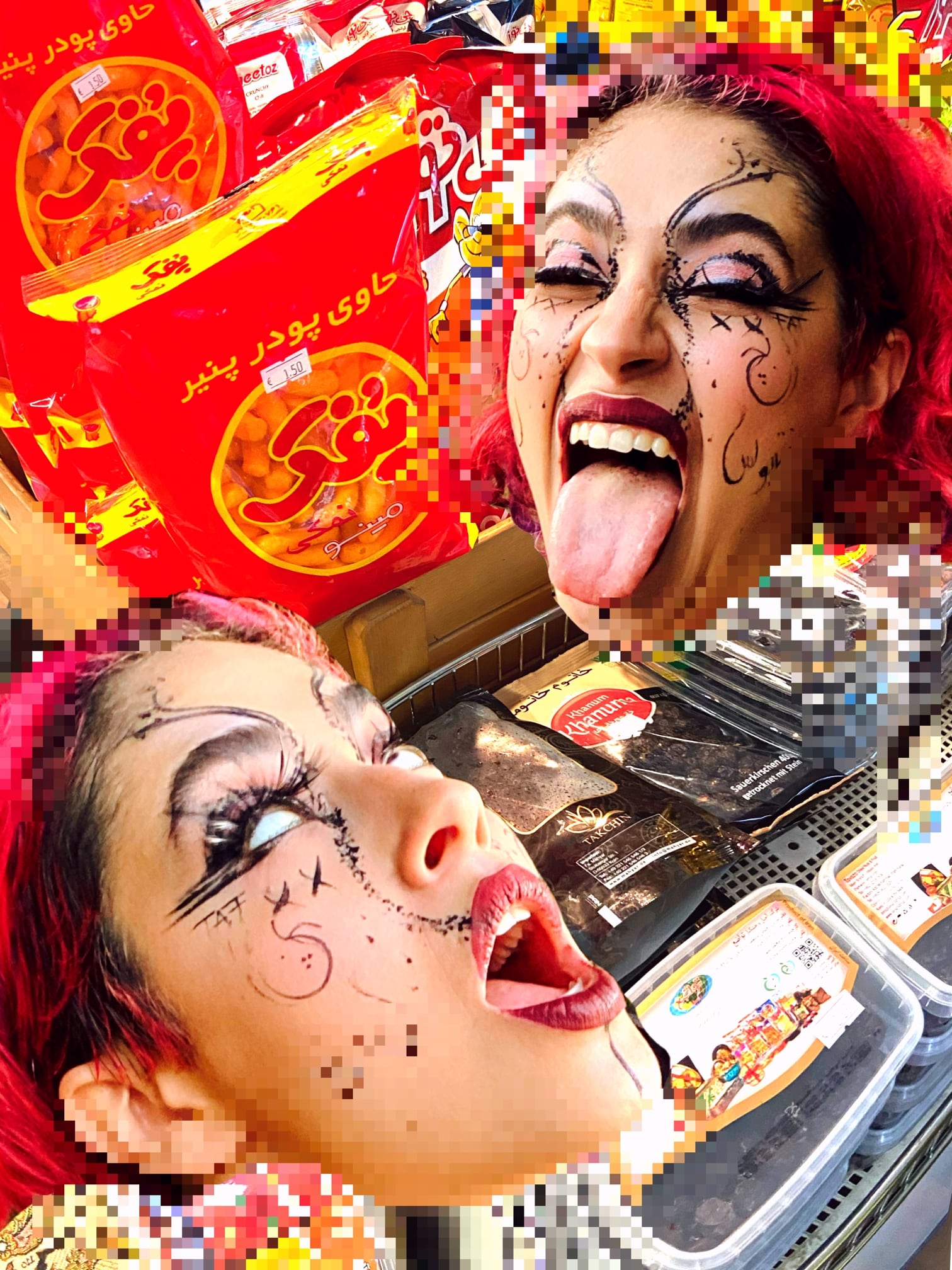 My grandma was a religious Muslim who was forced to marry at age thirteen, had three kids (one of whom passed away in a car race at age eighteen, while she was visiting America for the first time), and proudly travelled exotic parts of the world;— all while keeping her hijab on, she would add. She even had a photo of herself at a nudist beach while, yes, keeping her hijab on. She always brought back some weird fruits and a head full of new recipes whenever she traveled.

I started cooking when I was seven. My mom wasn’t much of a cook, but she did have her signature foods, like canned tuna and rice. Best thing ever, I swear! Everyone always said I took after my grandma. I loved cooking in my grandma’s house, although I always preferred to make dishes that we considered foreign and fancy. I never made anything Persian; that was mamani’s forte. Now, after four and a half years in Berlin, you can imagine how much I wish it was mine as well….

German is a bitch of a language. I was very excited to learn it in the months leading up

to my big escape from the tragedy that was spending my late teens in Tehran. I won’t bore you with the details, but I was very happy to finally have a new plan. When I arrived in Berlin, I noticed that there were two things I couldn’t really understand, despite having lots of practice: Deutsche Kultur, and what it calls “food.” My tastebuds have died many deaths on the edges of many plates that  promised to bear food, taste, and pleasure, and failed miserably. Germans don’t seem to eat for taste. The fruits here look perfect. The supermarkets are beautiful and abundant. They’re stocked with everything I’d always wanted to find in Iran, just simply laying there: avocados, sushi supplies, lady fingers, chia seeds, all kinds of french cheeses. These were not easy to come by back in my day, babes, not in Tehran.

Food was always the most important thing to me in life. It is what makes me feel at home, a language I can understand anywhere I go. I never felt American or Iranian, but in Germany I always have to position myself. I came here to forget about nationality, but I’m constantly reminded and pressured to perform it. I tried hard, but to be honest, claiming a culture feels like trying to remember a school lesson that you were never really that interested in.

Since I was a kid, I felt ashamed of my heritage, my skin color, my fatness, my body hair, my accent, and my name. That shame follows me until this day, but learning the reasons for this shame, learning about the fabric of this whitewashed world, understanding racism, hate, sexism, and queer-phobia, made it possible for me to find a middle ground with myself as this in-between person. I am.

And I eat, I taste, in this tasteless place called Deutschland, where home does not exist, and my tongue finds refuge… on this frozen dessert.

And the satisfaction that comes with the final CRUNCH.